Noakhali Massacre of 1946 was a hell- A majority of the Hindus were shown no mercy as they ran through “hell”. They were raped and forced to go through the religious conversion, as they were converted to Islam and they were married to people who were solely responsible for their death.

It has been learnt that 95% of the population i.e. 4,00,000 of them were forced to convert to Islam, women raped, according to Arti Agarwal, an IITian and writer. The mass killing started on October 10, a day of Kojagari Lakshmi Puja and continued for about a week.

It has been learnt that over 5000 Hindus were killed, hundreds of Hindu women were harassed and thousands of Hindu men and women were forcibly converted to Islam. Not just that, around 50,000 to 75,000 survivors were sheltered in “temporary relief camps in Comilla, Chandpur, Agartala and other places”. Besides that, around 50,000 Hindus were left behind in the affected areas.

“Worst of all was the plight of women. Several of them had to watch their husbands being murdered and then be forcibly converted and married to some of those responsible for their death. Those women had a dead look. It was not despair, nothing so active as that.

It was blackness..the eating of beef and declaration of allegiance to Islam has been forced upon many thousands of as the price of their lives”- Miss Muriel Leister who was a member of a relief committee sent to Noakhali wrote on 6th November, 1946, (V.V. Nagarkar – Genesis – p 446)

“For the 13th day today, about 120 villages in Ramganj, Lakshmipur, Raipur, Begumganj and Senbag thanas (police stations) in Noakhali district with a Hindu population of 90,000 and nearby 70,000 villagers in Chandpur and Faridganj thanas in Tippera (Comilla) district remained besieged by hooligans.

Death stares the people of these areas in their face and the immediate rushing of supply to these areas with the help of the military, who alone could do it, would save the lives of these people, most of whom have been without food for the last few days.”- Amrita Bazar Patrika on 23/10/46

Each report gives horrifying accounts of the atrocities handed out to Hindus. Not only were they murdered and starved but they were forced to convert to Islam in the most cruel way.

“In an area of about 200 sq miles the inhabitants surrounded by riotous mobs, are being massacred, their houses being burnt, their womenfolk being forcibly carried away and thousands being subjected to forcible conversion.

Thousands of hooligans attacked the villages, compelled them (Hindus) to slaughter their cattle and eat. All places of worship in affected villages have been desecrated. The District Magistrate and the Police Superintendent of Noakhali took no step to prevent it.”– The Statesman on 16/10/1946.

Hindu women were brutally raped by Muslims in mass numbers. “It has been known from authentic sources that at a place 400 and at another 300 women were mass raped by Muslims. To the Muslim crowd, violation of the honour of Hindu women meant the exposure of the most protected aspect of the Hindu identity and religion”- Mr. Simpson, I.C.S in his letters

On the dark side, even Bengali Hindus are badly ignorant of the fate of their own ancestors, which they received at the hands of Muslims. 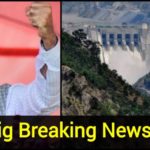