In a surprising turn of events, Cricketer Ravindra Jadeja’s wife identified as Rivaba Jadeja joined the ruling BJP in Jamnagar on Sunday. She was invited to the party fold by state Agriculture Minister R C Faldu and Jamnagar MP Poonam Maadam. Rivaba’s decision to join BJP comes months after she and her husband Jadeja met Prime Minister Modi at his official residence in New Delhi.

Rivaba Jadeja’s entry to BJP comes before Prime Minister Narendra Modi’s visit to Jamnagar today. Hasmukh Hindocha, president of Jamnagar city unit of the BJP said that Rivaba Jadeja is a familiar face, especially in Jamnagar and Gujarat. She will be looking forward to offering timely assistance for the party in the Lok Sabha elections,” Hasmukh added in a statement.

FYI, 5 months ago, Ravindra Jadeja’s wife was roped in as the chief of women’s wing of Karni Sena, a Kashtriya community outfit that had protested the release of Hindi movie ‘Padmavaat’. Last year, she was involved in a scuffle with a police constable in Jamnagar after her car inadvertently hit his motorbike. She blamed policeman of assaulting her.

From Rags to Riches, the inspiring story of Ravindra Jadeja:

Jadeja spent the majority of his childhood in a one-room flat in Navagam Ghed, Gujarat. That flat was allotted to them as his mother Lata Jadeja was a nurse in a government hospital. His mother fought bravely against all the stupid stereotypes and cultures, which prevented women from working. His father Anirudh Jadeja was often into small jobs, which lasted for a short period of time.

In his school days, Jadeja often used to come home crying from school as his seniors never gave him a chance to bat. He said in an interview that he used to cry the entire day because of it, which just sums up how much he loves the gentlemen’s game.

But everyone gets to meet one person in their life who change your life completely. For Jadeja, it was Mahendrasinh Chauhan, a policeman by profession who was also a small-time cricketer, who used to coach young cricketers at a place called Cricket Bungalow.

Jadeja, who was initially interested in fast bowling, turned into a mainstream left-arm orthodox spinner on the instructions of Chauhan, who used to give him some special tips on how to flight the ball. Chauhan was very strict with his coaching and there were innumerable occasions when Jadeja got slapped by his coach.

Jadeja was making great inroads in the junior level despite being surrounded by so many financial predicaments. But one of the toughest moments of his life came when he was 17, as he lost his mother, who left the world without watching his son playing for team India.

Jadeja once said in an interview that his mother’s final wish was to see him play for India and look where he stands this day. Life won’t pose easy questions, but at the end of the day, you gotta face them bravely and stand up on your feet.

Ravindra Jadeja is trolled sometimes for various stupid reasons, but not many realise how much he had to struggle to get to this level. Jadeja is a true champion, who set a benchmark for the youngsters to follow. 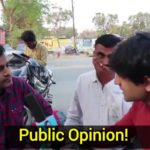 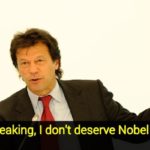