Indian government finally has taken the right step in withdrawing “MFN status” given to Pakistan. This move comes in the wake of around 40 Central Reserve Police Force (CRPF) personnel lost their lives in an unexpected bombing attack in Pulwama.

Finance Minister Arun Jaitley opened up that Ministry of External Affairs will start all possible steps to make sure that there is total isolation from the international community of Pakistan.

“MEA will initiate all possible diplomatic steps which are to be taken to ensure the complete isolation from the international community of Pakistan of which incontrovertible is available of having a direct hand in this act,” said Jaitley.

What is MFN status?

MFN status means Most Favoured Nation status which is granted to an international trade partner to ensure equal trading between all partner countries of the World Trade Organization.

Since the two neighbouring countries- India and Pakistan are part of the WTO, they both are required to grant MFN status to each other as well as other partner countries.

FYI, a country which gives MFN status to another country has to provide concessions, privileges including immunity in trade agreements, which is the first clause in the General Agreement on Tariffs and Trade (GATT).

It should be noted that India granted MFN status to Pakistan in the year 1996 which comes just a year after the formation of the WTO. On the contrary, Pakistan is yet to award MFN status to India owing to decades of dispute, suspicion and war.

Yesterday’s cowardly attack on the CRPF convoy, which left around 40 CRPF personnel dead and several others injured, has triggered India to revoke MFN status given to Pakistan. This means that Pakistan will no more get trade benefits which it gets from India.

Given that there is barely any strong trade affinity between India and Pakistan, such a move could lead to increased illegal trade between the two neighbouring countries.

While previous requests have been made to officially withdraw MFN status awarded to Pakistan, the Indian government finally has decided to take the big step in the wake of yesterday’s Pulwama terror attack. 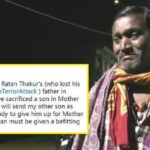 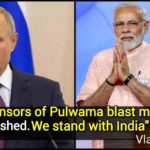