Shiromani Akali Dal’s (SAD) national spokesperson Manjinder Singh Sirsa has claimed that he received threat calls from Pakistan over his complaint against Karan Johar and other Bollywood celebrities.

The complaint was in reference to a viral video of a party that Karan Johar had hosted at his Mumbai residence. Deepika Padukone, Arjun Kapoor, Shahid Kapoor, Ranbir Kapoor, Varun Dhawan and Vicky Kaushal were among those who were seen in the video.

The threat call comes amid the ongoing probe by NCB in a drug case where actors Rhea Chakraborty, Deepika Padukone, Sara Ali Khan, Shraddha Kapoor have been summoned.

He said that he is being threatened to withdraw his complaint or else he will face dire consequences. It has been reported that Sirsa released a video message claiming that the person who made the threat calls identified himself as Mohammad Wasim and said, “Bhai has asked to withdraw Karan Johar Bollywood case.” Sirsa further said that the caller demanded him to withdraw the complaint within two days or “he and his family would be killed”.

Meanwhile, in a series of tweets where he tagged the Delhi Police, Sirsa wrote, “Got a call from +923056985605 in which caller said ‘Bhai Ne Bola Hai Bollywood Wala Masla Band Karo.’

When I asked ‘Who Bhai?’

I asked again Who is Bhai

Sirsa has reportedly filed a complaint with the Delhi Police and sought help from them to investigate these calls.

However, it is yet to be ascertained whether the calls were made from Pakistan.

As per Firstpost.com, Sirsa said he is not scared of any threats and wants to get the truth to the fore. 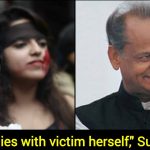 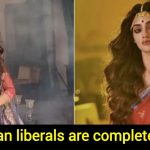