In shocking news, on Thursday, the activists of the Bajrang Dal, a right-wing fringe group, allegedly “forcibly” made a couple tie the knot in Kandlakoya Oxygen park in Hyderabad as a mark of their ongoing protest in Telangana against the celebration of Valentine’s Day.

The Bajrang Dal in Hyderabad promised to take out ‘rallies’ and ‘protests’ before shops, pubs including offices on Valentine’s Day as a part of their protest. Labelling Saint Valentine a “terrorist”, Bajrang Dal activists claimed that they would marry off couple who is found celebrating Valentine’s Day on February 14 in Telangana.

According to the reports, the police took the Bajrang Dal activists in inhibitory custody after they made the couple marry in the park. Needless to say, the cops said that no complaint had been filed in the case as the couple said that they had “willingly” married.

Bajrang Dal, the youth wing of the Vishva Hindu Parishad (VHP), had previously claimed that they had plans to dispatch 30 teams throughout the state to observe young couples who are celebrating Valentine’s Day in Hyderabad. The group asserted that they would also protest outside offices in the city that celebrate the day, apart from regular places such as parks and shopping malls.

Meanwhile, the Hyderabad police asserted that they had bolstered the security across the city in a bid to tackle such protests, stating that its teams would guard the streets and would take necessary action if any person breaches law and order.

“By the time we reached the spot no one was there, the people who caught the couple are not from Bajrang Dal, I enquired with the people in the park and pressed into service my sources, the couple intentionally were roaming around to get caught,” Gangadhar circle inspector of Medchal added. 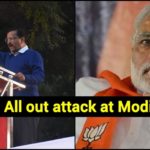 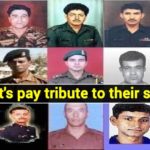