A bus driver from Mumbai’s Podar educational complex in Santacruz put lives of many school kids in danger when he decided to use a small bamboo stick instead of a gear shift. The bus driver had been making use of bamboo stick for the past three days, saying that he did not get time to repair the damaged gear lever. However, this catastrophe came to view when the bus accidentally hit a Khar resident’s posh BMW on Tuesday morning.

The businessman who absolutely livid with the bus driver, chased the vehicle only to find out that Raj Kumar (bus driver) had been using bamboo in place of the gear stick. He was even confused after seeing it and then called the cops after which the driver was arrested. The driver was sent on bail later.

However, it is still not sure whether the children were safe inside the bus when the driver smashed the car or if they were dropped to the destination (school). Times of India reported that speaking to the cops the businessman said that he wanted immediate action to be taken against the driver for rash driving.

To get proof, he clicked pictures and captured videos. A Khar police officer told TOI, “Kumar, who holds a driving licence from Uttar Pradesh, said he had been using the bamboo stick for three days, saying he did not get time to repair the damaged gear lever. The school has been informed and asked to take the necessary steps.”

Nonetheless, it was later reported that all the children were safe. The school authorities were shocked to know about this incident. The senior officials of the school went on to add that they were doing a complete audit of all school buses and that they will carry out extensive training of all transport contractor drivers as well.

As per the report, the driver has been booked under ‘Indian Penal Code sections 279’ for rash driving including ‘section 336’ for an act of risking other’s life. 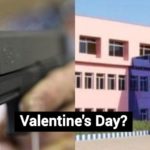 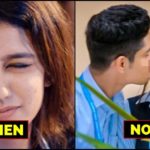