“talaq talaq talaq” (a form of divorce under Islamic law) were the words that wife heard from her husband over the phone when she returned home 10 minutes late. Wife said she promised her husband that she would get back to home within 30 minutes but when she failed to reach home on time, she got an instant divorce from her husband.

The victim went to her mother’s house in order to see her grandmother who was recovering from illness. However, before going, her husband ordered her return within 30 minutes but little did she know that fate would turn this way as she was only 10 minutes late. This incident happened in Uttar Pradesh’s Etah district.

“I went to my mother’s house to see my ailing grandmother. My husband told me to return within half an hour. I was late only by 10 minutes. He then called me on my brother’s mobile number and uttered “talaq talaq talaq”. I was completely shattered by his move,” she said.

The ‘triple talaq rule’ was passed last month in the Lok Sabha criminalising the custom but that hasn’t stopped the man by any means. He allegedly gave ‘triple talaq’ to his wife over the phone after she did not return home on time, as reported by news agency ANI.

Not just that! The wife has also accused her in-laws of thrashing her several times at home as she had failed to meet their ‘dowry demands’ during the marriage. “My family is very poor which is why they were unable to give anything to my husband’s family,” she added.

Area officer Aliganj, Etah Ajay Bhadauriya has confirmed that they will initiate a probe into the matter and will take necessary steps to sort it out.

However, the final session of Parliament in the Lok Sabha starts on January 31 and the passage of an authoritative order penalising triple talaq is on top of their to-do list. 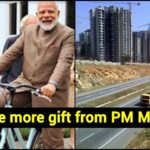