According to the World Bank, India will continue to be the fastest growing economy in the world in 2018-19. The World Bank said India’s Gross Domestic Product (GDP) will continue to grow at a brisk pace at 7.3 per cent during the current financial year and 7.5% in the next 2 years due to an increase in consumption and investment, as per a report that was unveiled on Tuesday.

On the contrary, China is likely to register a much lower growth rate of 6.3 per cent in 2018-19. The forecast has been made in a report produced by the World Bank as the title read, ‘Global Economic Prospects: Darkening Skies’. The report adds that most world economies are going through a tough phase in this financial year. Nonetheless, it has estimated a clear vision for India and the South Asian region on the whole.

On the Prime Minister Narendra Modi government’s decision to execute the Goods and Services Tax (GST), the World Bank report said, “In India, the recent introduction of a GST and steps toward demonetisation are expected to encourage a shift from the informal to the formal sector.”

The World Bank report added that India’s economy came down in 2017 due to demonetisation and the implementation of the Goods and Services Taxes (GST). In 2017, China was marginally ahead of India. China grew at 6.9 per cent while India’s GDP growth was 6.7 per cent.

“In India, the growth has accelerated, driven by an upswing in consumption, and investment growth has firmed as the effects of temporary factors wane. However, rising interest rates and currency volatility are weighing on activity,” the World Bank said in its latest report.

The World Bank in its report said that, in the ongoing financial year 2018-19, India’s growth increased to an estimated 7.3 per cent from 6.7 per cent in the previous year. The massive growth was because of the economic activity which continued to recover with strong domestic demand.

“While investment continued to strengthen amid the GST harmonisation and a rebound of credit growth, consumption remained the major contributor to growth,” the World Bank said. 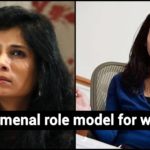 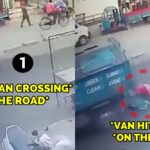