Everyone expects you to become an engineer or doctor in India but Gita Gopinath had other ideas. She is the first woman to be appointed as head of IMF’s research department, which publishes one of the world’s most-anticipated document named “World Economic Outlook”. What an incredible achievement!

The recruitment of Gita Gopinath as IMF Chief Economist has inspired countless Indians. She took charge last week and instilled pride in women’s empowerment. Interestingly, Gita Gopinath is also the second Indian after former RBI governor Raghuram Rajan to hold the huge position. She is a creative person who approaches the situation from a different perspective.

The 11th chief economist of the IMF, Ms Gopinath in the latest interview to The Harvard Gazette described her recruitment at the IMF as a “tremendous honour” and said the appointment of the first ever woman for this designation speaks highly of IMF’s Managing Director Lagarde.

Singling out some of her top priorities at the IMF, Ms Gopinath told The Harvard Gazette that she would like the IMF to continue to be a place that offers intellectual leadership on important policy questions.

“Among the research issues that I would like to push, one would be understanding the role of dominant currencies like the dollar in international trade and finance. We could do more on the empirical side to try to understand countries” dollar exposures and on the theoretical side in terms of the implications for international spillovers, consequences of dollar shortages, etc,” she said.

Hailing from Kerala’s Kannur district, Gita Gopinath grew up in Mysore and went on to pursue studies at Delhi’s Lady Shri Ram College for Women (LSR). Shen then studied at the Delhi School of Economics and it was when she stumbled upon her future husband Iqbal Singh Dhaliwal.

“When you’re growing up in India, everybody expects you to become a doctor or an engineer and not exactly an economist” Gopinath had earlier told The Harvard Gazette in an interview. At Delhi University, Gopinath opted economics to prepare for IAS. “I was more of a geek, and better with my books than anything else,” she had said.

Gopinath, preferred further studies in the US, finished her 2nd Masters degree in Economics from the University of Washington. In 2001, She did her PhD in Economics from Princeton University, where economist Ken Rogoff and former chair of the US Federal Reserve Ben Bernanke were among her key mentors. Gopinath’s specialization is in international macroeconomics and trade.

After completing studies, Gopinath started working as Assistant Professor of Economics at University of Chicago’s Graduate School of Business. She then shifted to Harvard where she is now the John Zwaanstra Professor of International Studies and of Economics.

Interestingly, Gita Gopinath is the third woman and the first Indian after Nobel laureate Amartya Sen to become a tenured professor (permanent post) at Harvard’s Department of Economics. Let’s take a moment to appreciate her for coming a long way to touch the pinnacle of success.

She was appointed as Financial Advisor to Kerala Chief Minister Pinarayi Vijayan two years ago and prior to that, Gopinath had earlier extended her contributions as a member of the Eminent Persons Advisory Group on G-20 Matters for India’s Ministry of Finance.

In 2014, Gita Gopinath was chosen as one of the top 25 economists under 45 by the IMF and was named as a Young Global Leader by the World Economic Forum in 2011. The Indian-born American is also the co-director of the International Finance and Macroeconomics program at the National Bureau of Economic Research.

Having a wide range of experience, the 46-year-old Gopinath has published papers on exchange rates, world currencies, sovereign debt, among others. She was born to TV Gopinath, who is a proud farmer and entrepreneur, and VC Vijayalakshmi. Gita’s husband, Iqbal Dhaliwal, is the executive director at Abdul Latif Jameel Poverty Action Lab at Department of Economics, Massachusetts Institute of Technology. 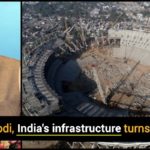 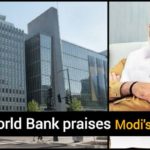