Bollywood Megastar, Amitabh Bachchan refused to endorse in soft drink brands after he confronted with a schoolgirl who asked him why he promotes useless thing that her school teacher had called as “poison”. After this, he had also requested other celebrities to understand the brand thoroughly before endorsing them.

He once said that social workers should be appreciated more than the celebrities as they push themselves beyond human imagination for the betterment of society.

The Bachchan family is seen as a more respectable family than other celebs families because Big B is the head actor in the Bollywood industry. The star family sure knows how to keep in the limelight every time.

However, there are so many unknown, dark secrets and facts about him that his fans are not aware of. Despite all the dark secrets, Amitabh is an iconic superstar. The actor has received more than 220 awards and is one of the most followed, respected celebrities in India and worldwide.

In 2003, Amitabh Bachchan was going through financial crisis. Due to which, the actor did a B-Grade film titled ‘Boom’.

Amitabh and Rekha’s love story is one of the most talked about affairs of Bollywood even till date. However, they never accepted their relationship in public. Rekha and Amitabh were in a relationship but Big B got married to Jaya on June 3, 1973. It is said that Rekha still wears Sindoor as she was once seen wearing Sindoor and Mangal sutra at a party. 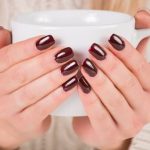 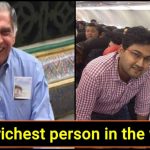