In yet another incident that caught public attention, Rakhi Sawant got severely injured of late after when she challenged a wrestler to a bout. Rakhi Sawant was at a Continental Wrestling Entertainment (CWE) match in Panchkula in Haryana.

She was easily outsmarted by the wrestler as the latter knocked Rakhi out in the ring at the Tau Devi Lal Stadium in Panchkula. The video spread like wildfire just moments after it was uploaded.

Rakhi Sawant found it difficult to wake up after she was smacked by the wrestler. She was seen lying on the floor. Then the women police cop and other senior officials over there made sure that Rakhi was alright. She was heard complaining about stomach and back ache. Soon, she was then taken to the hospital where the doctors confirmed that she is stable.

The Continental Wrestling Entertainment, which is CWE was instituted by the ever-so-famous WWE Wrestler The Great Khali in 2015 in Jalandhar, Punjab.

Tanushree Dutta came under fire recently as she was accused by Rakhi Sawant of raping her several times, according to a report by Bollywood Hungama. 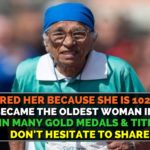