Once you receive the food, you would eat it wholeheartedly without wasting any snippet of it. After which, you pay the bills and add quite a few tips to the waiter/waitress. This similar process is followed everywhere. But have you heard about a man leaving Rs.7 lakhs in tip to the waitress?

Perhaps for the first time ever, a waitress got lucky to get a handsome package from a man, identified as Jimmy Donaldson, who is famously known by his YouTube vlogger ‘MrBeast’. Yes, not kidding! He left over 7 lakh rupees ($10,000)

Nobody thought this would happen and the waitress herself got confused what was really happened when she received a staggering amount in tip. Well, this is a life-changing moment for Alaina Custer. In fact, the man ordered just drinking water at US restaurant ‘Sup Dogs’.

Surprisingly, the waitress found huge cash when she returned to the table. Seeing this, she herself kept most of the cash while the remaining was distributed among the other waitresses.

“Good people are still doing good things these days so I thought it was pretty cool. I’ve seen some really big tips but not $10,000 this was out of the blue, once in a lifetime, it’ll never happen again in my lifetime,” said Bret Oliverio, the owner of the restaurant.

Jimmy Donaldson has over 9 million subscribers on YouTube platform and most of his videos have over 5 million views. Last year, Jimmy posted a video in which he is seen offering $10,000 to a pizza delivery man. Also, there is another video in which Jimmy chipped in with $10,000 to his mother. 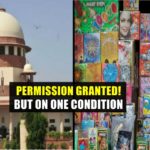 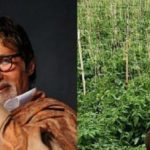