There is often a need to learn more about one’s favourite celebrities. Here is a list of the top ten Bollywood celebrities on Instagram in terms of followers and likes.

Deepika recently removed all of her Instagram posts when the New Year struck, confusing her fans and followers. However, as her first post of the New Year, she quickly released her audio diary, in which she shared all of her little learning experiences, memories, and advice with her followers.

Deepika is known for sharing adorable childhood photos that show her school days and time spent with her family. She continues to share posts in which she tells her followers about her favourite foods and childhood shows. She recently revealed her upcoming film, Fighter, with Hrithik Roshan. She has 57.2 million followers.

Her Instagram handle is one of the topmost Bollywood celebrity pages. The 38-year-old actress is still very popular on Instagram with 64.7 million followers and gained a whole new level of fans after she married Nick Jonas.

Her most recent updates have been for her book tour as she is busy posting reels and stories of how she is working on her new audiobook Unfinished.

The adorable actress has stunning photographs on her Instagram feed, including posters for her forthcoming films, holiday photos, throwback photos, pictures with her boyfriend and sometimes with her cat Edward. Her Instagram feed simply proves she loves cats, books and sun kissed candid.

Her Instagram feed has a really positive vibe to it, and her massive following is still excited to learn more. Her most recent Instagram updates were all about her New Year’s holiday photos in Ranthambore with her family and her film promotions. she has 53.6 million followers.

Anushka Sharma is currently one of the highest-paid actresses in the industry. She has not only proven her worthiness as an actress, but she has also founded her own production and clothing business.

Her Instagram feed has recently been loaded with all of the things she has been involved in while pregnant. The actress recently gave birth to a healthy baby girl, and we can’t wait to get our first sight of her. She has 50.5 million followers.

The star’s Instagram feed is flooded with posters for his new films. On several occasion including birthdays and anniversaries, he always posts adorable photos with his beautiful wife Twinkle Khanna. He has an Instagram reach of 50.7 million followers.

Salman Khan, the ‘Bhai of Bollywood has in total, 41 million followers. His Instagram feed is packed with posters for his forthcoming films, and he also shares pictures of his closest friends to express his admiration and encouragement.

After his wedding to Natasha Agarwal, his fan base has doubled, and they all want to know the specifics of what he’s up to. The actor’s Instagram feed is loaded with photos of him working out at the gym, showcasing that he is one of the fittest stars in Bollywood right now. Varun has 36.3 million followers.

Shahid Kapoor is one of the most amazing actors in the industry and has a large fan base. Fans can’t get enough of his cute posts with his stunning wife and children, and he’s been offering back-to-back hit movies. The actor continues to share selfies on his Instagram feed, only to showcase how handsome he is. Shahid Kapoor has 30.5 million followers.

Aside from his incredible energy, his acting abilities have earned him a huge fan base over the years. His Instagram account is as vibrant as his personality, with images from his eccentric and stylish photoshoots for magazine and ad campaigns. He still shares a number of photos of his wife, Deepika Padukone. Ranveer has 35.4 million followers.

‘The girl next door’ Shraddha has a fan following of 63.1 million. Her feed includes posts from her shoots, ad campaigns, music videos. She truly appreciates her fan arts and shares them on Instagram. Shraddha will featured next to Ranbir Kapoor in Luv Ranjan’s next film. 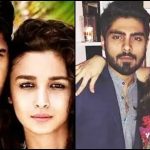 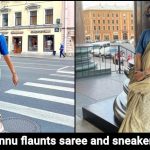