It’s not about being a man or woman but it’s about being a human first. Meet K. Prithika Yashini who is India’s first ever transgender police sub-inspector. Hailing from Chennai, Prithika’s success didn’t come that easy. Defying all the odds and tough challenge in life, she received appointment orders as Sub-inspector of police from Chennai City Police Commissioner Smith Saran after going through a medical check-up.

The ambitious Prithika Yashini told PTI that her dream was to become an IPS officer. She stressed the fact that she would step forward to help transgenders like her get a quality education and employment. She said adding that she will take strict action against those who are involved in child abuse and sexual harassment. “I will take action against those involved in child abuse and sexual harassment,” she told.

She underwent training after being appointed and came through with flying colours of the Tamil Nadu Police Academy and became the first ever transsexual to be selected for the position. In an interview with Indiatimes, she said, “Wherever I went for an interview, I was literally thrown out. I had almost stopped dreaming about leading my life on my terms.”

Let’s take a look at Prithika’s story. She was born and brought up as ‘Pradeep Kumar’, the son of a driver-tailor couple in Salem, Tamil Nadu. She suffered many problems in childhood and knowing this, her parents took her to doctors, astrologers, temples to sort out the woes. It was in Class 9, she started feeling different from normal and never felt like a boy naturally as she had gone through a gender change.

However, that didn’t stop her from completing her U.G in computer applications. She has always been determined in fighting for her rights and against the discrimination she faced. In 2011, she then ran away to Chennai, where she found some support in the transgender community of the city. She then started her career in Chennai plying her trade as a warden in a women’s hostel.

She made up her mind to apply for recruitment as a sub-inspector of police to the Tamil Nadu Uniformed Services Recruitment Board (TNUSRB) to fill vacancies for 1087 posts. But, her application was turned down as being a trans woman as she did not belong to any of the two specified categories- male or female. In due course, she challenged the decision of the TNUSRB in several courts including the High Court of Madras.

As far as the judgement of the Madras High Court was concerned, orders were given to the Tamil Nadu Uniformed Services Recruitment Board (TNUSRB) to recruit K Prithika Yashini as a sub-inspector of police as she is “cut out for the job”. The judgement then directed the TNUSRB to add transgender people as a “third category”, apart from the normal category of “male” and “female”.

Yashini along with 21 other trans women got the appointment orders from Chennai City Police Commissioner Smith Saran in April 2017. In an interview, Prithika Yashini told, “I’m excited. It’s a new beginning for the entire transgender community.” Yashini proudly took charge as sub-inspector in Dharmapuri district in Tamil Nadu on April 2, 2017 and is posted in the law and order wing. 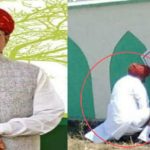