It was Neeraj Chopra’s day today to write a success story! He did it! For those who are still figuring out who is Neeraj, he is a fantastic javelin throw player. He has been the fierce force of the sport at the ongoing Asian Games 2018 which is being held at Jakarta, Indonesia.

With sheer tenacity and intensity, Neeraj Chopra gave India the first javelin gold medal in Asiad history. For a while now, it’s been raining golds for India and it’s fair to say that our sporting future is in safe hands. Neeraj Chopra’s personal best throw in his third attempt recorded 88.06 m, which is a junior world record.

He is just 20 years old. As we all know that age is just a number, he showed what he is capable of sealing the big deal. Quite interestingly, he became the first Indian to bag gold in the javelin throw at the Commonwealth Games earlier this year.

Neeraj Chopra’s gold medal means that this is India’s 41st medal at the Asian Games 2018. Counting all the medals, India now has 8 gold medals, 13 silver medals and 20 bronze medals. Chopra has been in a sensational form heading into the 18th edition of the Asiads and much to everyone’s expectations, he carved out a reputation for himself as a successful athlete. India is proud of you! 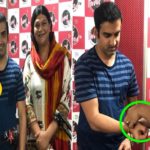