Transgenders are not being treated nicely in today’s world. They are trolled for their nature and they struggle to get the same status in the society just like the other two genders i.e man and woman. However, generous persons like Gautam Gambhir is changing the people’s attitude with a heart-touching message.

According to the Indian cricketer Gambhir, there is nothing about being a man or woman but it’s everything about being a human. Gautam Gambhir came up with a touching gesture on the special occasion of Raksha Bandhan. As per the ritual, the sister happily ties rakhi (resembles a thread-like appearance) on brother’s wrist and in return, the brother assures to protect her and buy gifts.

Gautam Gambhir happily got rakhi tied by the transgenders and also shared a picture on his official Twitter account. Uploading the picture, Gambhir’s caption read, “It’s not about being a man or a woman. It’s about being a HUMAN.” With proud transgenders Abhina Aher and Simran Shaikh and their Rakhi love on my hand. I’ve accepted them as they are. Will you? #respecttransgenders.”

“It’s not about being a man or a woman. It’s about being a HUMAN.” With proud transgenders Abhina Aher and Simran Shaikh and their Rakhi love on my hand. I’ve accepted them as they are. Will you? #respecttransgenders pic.twitter.com/6gBOqXu6nj

What is Gautam Gambhir’s next venture?

If sources are to be believed, Gautam Gambhir dropped a massive hint about joining politics. The reports added that Gambhir might be the next person in line to enter politics and he may contest Lok Sabha elections from the national capital on Bharatiya Janata Party (BJP) ticket. The prolific Indian opener who has contributed a lot for India in cricket has been on the most wanted list of Bharatiya Janata Party.

As per the reports, the saffron party approached Gautam Gambhir to formally join the party to change fortunes in Delhi. It would be quite interesting to see how Gambhir goes about his business in the times to come. We’ll have to wait and see what step he takes next. 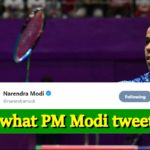 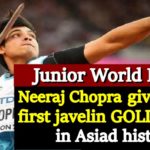