Priyanka Chopra and American singer Nick Jonas got engaged last week i.e on July 18 on her birthday according to American media. The couple is all set to start new innings together very soon. A sensational development has crept in when the actress Priyanka walked out of Salman Khan’s Bharat and even the movie director tweeted to express that she left the project for a very special reason and if sources are to be believed, she will get married in October. She had celebrated her birthday with her rumoured boyfriend, Nick in London.

Priyanka and Nick who made their first public appearance together at the 2017 Met Gala, reportedly began dating 2 months prior to the rumoured engagement. Even the movie director Ali Abbas confirmed it via his official Twitter platform. He said that Priyanka Chopra quit Salman Khan’s Bharat. His tweet gave us a little clue that Priyanka is soon going to marry Nick and this is the reason why she had left the project.

“Yes, Priyanka Chopra, is no more part of @Bharat_TheFilm & and the reason is very very special, she told us in the Nick of time about her decision and we are very happy for her … Team Bharat wishes @priyankachopra loads of love & happiness for life ???,” the director tweeted.

The producer of Salman Khan’s Bharat tagged Priyanka Chopra as “unprofessional” for quitting the project all of a sudden but the superstar’s father said, “it’s okay not a big deal” for her to step down. Salman Khan’s father Salim Khan said that it is quite common in Bollywood for stars to walk out of projects, and that’s not a big deal.

“It’s okay whatever happened. Priyanka is not doing Bharat, let her be. Such things happen in our industry. Has it happened for the first time that someone has left a film? Our very own Zanjeer went through so many ins and outs,” he told SpotboyE.

“Such things happen- sometimes they happen for date issues, or the role, or even the money aspect. Aur kabhi aadmi ki kuch apni majbooriyan hoti hai (and sometimes people have their own problems). I haven’t yet got into the details of why Priyanka left Bharat, but we shall soon cast someone else. We are not upset with Priyanka. Salman Khan is also not upset,” he added. 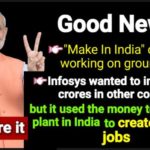 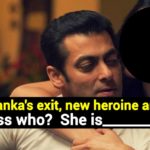