Former Indian cricket team skipper MS Dhoni has emerged as the leading income tax payer in the regions of Bihar and Jharkhand. He paid a whopping tax of Rs 12.17 crore for the financial year of 2017-18. As per a report in Prabhat Khabar, Dhoni has declared advance tax of Rs 3 crore for the next assessment year as well.

According to the chief income tax commissioner V Mahalingam, the 37-year-old cricketer had paid income tax of Rs 10.93 crore in the 2016-17 financial year. Apart from making fortune from other business ventures, MS Dhoni, the senior A category listed player in the Board of Control for Cricket in India earns a lot of money through commercials, endorsements as well as contracts.

Nisha Oraon Singhmaar, the joint commissioner of IT headquarters (Bihar and Jharkhand), said: “MS Dhoni has been the highest individual tax-payer in Jharkhand and Bihar for the 2017-18 FY.” After the third ODI between England and India, the video of MS Dhoni asking the ball from the umpire had gone viral all over the social media. 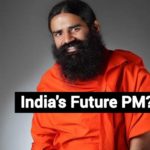 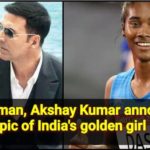