Narendra Modi is the Prime Minister of India and it appears that things could change during the next elections according to a recent New York Times. It has compared Baba Ramdev with US President Donald Trump and even predicted that Ramdev could be India’s future Prime Minister.

Yes, you read that right! This may appear as a shock to many. The New York Times feature further added that Ramdev will make a steep bounce in the build-up to the Indian politics and said that he will come on top as he is known for his outspoken behaviour.

The feature also said that Ramdev has always been the voice on the Hindu right and had helped PM Narendra Modi for bringing him to power during the milestone 2014 campaign.

Baba Ramdev’s achievements hit the headlines for all the right reasons not just in India but internationally as well. He is not just famous in India but continues to draw attention even in foreign countries as well. According to NYT feature, there are many similarities between Ramdev and Trump.

“In his own way, Ramdev is India’s answer to Donald Trump, and there is much speculation that he may run for prime minister himself,” reads the feature captioned ‘The Billionaire Yogi Behind Modi’s Rise’. It is true to the fact that Ramdev’s Patanjali and The Trump Organisation are both massive business enterprises

The feature then gives reasons on why Ramdev is much similar to Trump. “Like Trump, he heads a multibillion-dollar empire. And like Trump, he is a bombastic TV personality whose relationship with truth is elastic; he cannot resist a branding opportunity — his name and face are everywhere in India.”

The feature further added that Ramdev is possibly more powerful than any PM. “On the surface, Ramdev’s blissful demeanour is worlds away from Trump’s growls and sneers. But his namastes provide cover for a reactionary campaign to transform the country. Ramdev is more powerful than any prime minister. He may be a wholly new breed: a populist tycoon, protected from critics (and even, to some extent, from the law) by a vast following and a claim to holy purpose.” 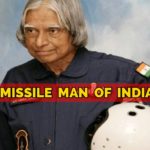