Everyone dreams to clear the Civil Services Exam, but very few are fortunate to crack the exam. Today, we are talking about Lok Sabha Speaker Om Birla’s daughter Anjali Birla who has cracked India’s toughest exam UPSC in just her first attempt.

The 23-year-old Anjali has achieved something incredible in her life which others can only dream of. Anjali, who studied political science (honours) from Ramjas College in New Delhi, was one among the 89 candidates who were recommended by the UPSC this year.

It is not necessary that children should follow in their fathers’ footsteps and Anjali Birla is a living example of this proverb. Anjali Birla is the younger daughter of Lok Sabha Speaker Om Birla. Anjali has cleared the most difficult exam in India called UPSC by studying for hours under the guidance of her father.

Anjali says that she used to study for 12 hours daily to prepare for UPSC. After clearing 12th in Arts stream from Sophia school in Kota, she studied political science (honours) from Delhi University’s Ramjas College.

She further says that my father Om Birla would work for 18 hours daily and he inspired me to prepare for the UPSC exam. Anjali, who passed the UPSC exam in her first attempt, has credited her elder sister Akanksha for success. She says that her elder sister taught her and motivated her at all times. She supported me a lot and stood by my side throughout my journey.

“The credit for my success especially goes to my elder sister. She helped me a lot in preparing for the main examination,” she said.

Anjali says that she is interested in working in the field of women empowerment and she is ready to fulfill any responsibility given to her. Anjali’s mother Amita Birla says she is happy with the daughter’s success. She says that Anjali was very intelligent from childhood. We were hopeful that she would fulfill her dream and made us feel proud, says Amita Birla.

The result of the 2019 civil services examination was declared on August 4, 2020, recommending 829 candidates in order of merit for appointment to IAS, IFS, IPS and other Group ‘A’ and Group ‘B’ central services against 927 vacancies.

Based on the result of the Civil Services examination, 89 candidates, including Anjali, were recommended for several government services. 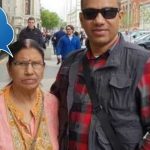 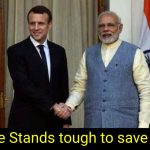