For the first time in the history of the death penalty being given to police personnel in India for custodial death, 2 Kerala cops were given the severe punishment of on Wednesday for the death of a scrap dealer owing to a third degree torture.

The extreme death penalty given by a CBI court came on the day when the murder of Rakbar Khan in Alwar continues to hit the headlines regarding the alleged role played by police. Rajasthan home minister stressed that Rakbar died in police custody while the state’s DGP had admitted an error of judgement.

The deceased, identified as the scrap dealer Udayakumar who is 28 years of age. He was caught in a theft case in September 2005 but released as he was declared innocent. Things had gone worse when he demanded the return of Rs 4.000 he had on him. Seeing this, the 2 policemen took him to Fort police station in Thiruvananthapuram and tortured him.

Giving the death penalty to assistant sub. inspector K Jithakumar and civil police officer S V Sreekumar, the judge J Nazer told in his verdict, “This is a brutal and dastardly murder by accused (number) one and two… The acts of the accused persons would definitely adversely affect the very institution of the police department. And if the faith of the people in the institution is lost, that will affect public order and law and order in the society and it is a dangerous situation.”

Both the policemen were posted as constables at Fort police station at the time of the crime on September 27, 2005. The court imposed a hefty fine of Rs 2 lakh each on them. 3 other accused in the case- T K Haridas (DSP) and superintendents of police E K Sabu, Ajit Kumar have all been sentenced to three years in jail for destroying the evidence and conspiracy. 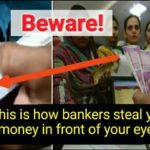 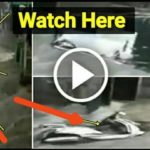