As we know that YouTube is the best channel to come into limelight. Many people all around the world are creating a YouTube channel in order to make money.

A video circulating on YouTube shows that a Dubai-based Indian girl released a song on her YouTube channel which has received over a million views.

In a proud moment, a 15-year-old Indian girl, who lives in Dubai, released her  first original song, “Chalte Chalte” which has got more than one million views, Gulf News said in a report on Friday.

Besides that In total, her eponymous channel has received more than three million views since its launch on November 5, 2017.

By far, she has released 51 covers and two original songs on her YouTube channel. A grade 11 student of Delhi Private School Dubai, Shirene is an amazing singer with a melodious voice. Her sensational and soothing voice will make you fall in love with her in an instance.

“My mother has told me that as a baby, I used to crave two things—food and music. So, indeed music has been a fulfilling element in my life,” the teenager said in an interview to Gulf News.

Shirene was always inclined towards singing and wanted to be a good singer. She worked hard to evolve her singing skills and  believe in the gifts of hard work and dedication.

Shirene gave her first public performance at the Guru Nanank Darbar Gurudwara in Dubai’s Jebel Ali, after which many people admired her for her melodious voice.

“A lot of encouragement from my family, especially my maternal grand mum, inspired me to start official training in music.

“I would like to be a playback singer and also do some shows to get more audience appreciation,” said Shirene, who admires the singing talents of Beyonce and AR Rahman.

“When I read the comments, it is so nice to see how supportive people are. It means so much to me that every single time I open my channel it just brings a smile on my face.” said Shirene. 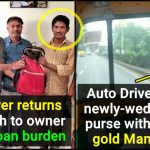 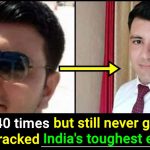