Countless onlookers would still get goosebumps when they hear the name Sunil Chhetri. A name synonymous with guile, deft control over the ball and clinical finish. There is an aura to his movement when the Indian captain touches the ball. 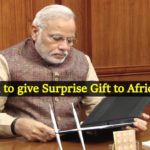