India is the 7th largest economy in the world and is home to some of the largest brands that contribute to the country’s development.

Here are 10 Indian brands that have helped India emerge on the world stage and make an international presence across the globe.

Another giant, Mumbai-based holding company boasting a double-digit brand value increase over the past few years, Mahindra benefited from a large aerospace contract with Airbus in a bid to satisfy Prime Minister Narendra Modi’s “Made in India” initiative.

The third banking company occupying the list, ICICI registered 6% growth in brand value. It began in 2016 with the announcement it would expand into South Africa, opening a full-service brand in Johannesburg. It also announced a partnership with Chinese e-commerce giant Alibaba to open a trade facilitation center, which aims to streamline financing for small and medium-sized Indian business pursuing trade growth.

A global business consulting, IT and outsourcing firm, Infosys is the fifth-largest sponsor of H-1B visas. The company netted a 12% uptick in its brand value between reports. This past year saw the company enter into the mobile banking space, launching digital financial services for Indian teenagers

A public sector financial services company, SBI controls assets in excess of $300 billion and is ranked 232nd on the Fortune Global 500 as of 2016. In February, SBI made a high-profile push to recruit Japanese firms looking to do business in India.

No. 5- Life Insurance Company of India

India’s largest insurance company clocks in as its fifth-most valuable brand. LIC dominates the domestic life insurance market, controlling approximately 70% of the market share. It is at the forefront of culture wars this year, after adding a third gender option to insurance firms following a decision by India’s Supreme Court.

The brand making the biggest jump among companies occupying the top 10 spots in the Interbred report, HDFC registered at 15% increase in brand value between reports. Recent developments include SmartUp, a solution service targeted toward startups, and PayZap, an app that is a hybrid of traditional mobile banking services and e-commerce platforms.

Another conglomerate holding company, Mumbai-based Reliance Industries saw a 3% uptick in its brand value over the past year. The lucrative sale of one of its jointly owned pipelines has facilitated investment into its shale gas operations. Finally, Reliance can boast owning the world largest start-up, Jio, a telecom network operator.

India’s leading telecommunications company saw its brand value rise by 8% over the past year, fueled by major service expansion initiatives and a one-of-a-kind partnership. In August 2015, Airtel announced a launch of 4G LTE mobile services in nearly 300 population centres nationwide.

A 148-year-old, Mumbai-based, multinational holding company, the Tata Group occupies the enviable position of repeating at India’s top brand. According to Interbrand, Tata Group’s brand value grew by 11% over the past year. While it plays in virtually every sector of the Indian economy, the most notable developments over the past year concern its automotive subsidiary, Tata Motors, which released two popular models—the Zest sedan and Bolt hatchback—and enlisted global football star Lionel Messi as a brand ambassador.

If you found this information helpful, let us know your opinions in the comment section below. 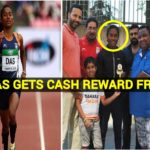