Rohit Sharma’s journey to become a cricketer has been well and truly inspiring. In fact, he did not complete his schooling. His father was a caretaker of a transport firm, while he stayed with his uncles and grandparents because his father could not provide for him. Rohit did not even finish school when he received a four-year scholarship and entered the international tournament as an off-spinner. He did not finish school after his success.

Today, he is arguably the best opening batsman in limited-overs cricket. He is the only batsman who scored 4 centuries in T20I cricket and has registered his best score of 264 against Sri Lanka in ODIs, which is the highest score in ODIs. He is also the only captain to win 5 IPL titles.

He is also the only cricketer to win 6 titles as a player, which pretty much sums up Rohit Sharma’s dominance in the Indian Premier League as well as in the Indian cricket. India’s swashbuckling opener made the headlines last year when he decided to donate INR 45 lakh to the PM-CARES Fund, INR 25 lakh to CM Relief Fund while INR 5 lakh each towards Feeding India and welfare of stray dogs.

“We need our country back on feet & the onus is on us. I’ve done my bit to donate 45lakhs to #PMCaresFunds, 25lakhs to #CMReliefFund Maharashtra, 5lakhs to @FeedingIndia and 5lakhs to #WelfareOfStrayDogs.Let’s get behind our leaders and support them @narendramodi @CMOMaharashtra”: tweeted Rohit Sharma.

During the 2019 World Cup, he was the one who lifted the team’s morale in the league stages, scoring 5 centuries to his name, which is a world record. He even broke Kumar Sangakkara’s record of 4 centuries scored in a single World Cup tournament. With 5 centuries and a half-century, Rohit Sharma’s contribution to Indian cricket at World Cup will forever remain in the hearts of Indian cricket fans.

Rohit Sharma has a massive fan-following on social media. He is the most followed cricketer after Virat Kohli in the Indian cricket team. Rohit Sharma has 18.5 million followers on Twitter. Meanwhile, one of his fans asked New Zealand cricketer Jimmy Neesham – “Why so few followers?” after the Kiwi cricketer updated his profile picture.

Neesham who is quite active on Twitter has 236.8k followers. The Kiwis cricketer has often replied to fans’ comments and he decided to reply to Rohit Sharma’s fan comment as well.

In reply, he wrote: “I thought that was quite a lot”.

When the fan wrote: “Your Mumbai Indians’ captain has a few more”, Neesham replied: “Kiwis only deal in per capita stats thanks.” 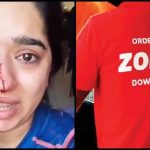 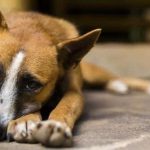