Coming to his story, he was born on July 6, 1946. His father was a hairdresser, his mother was an astrologer. At the time of his birth, the specialist doctors had to use 2 pairs of forceps to pull him out. In the process, they unexpectedly severed a nerve and caused paralysis in parts of his face.

His parents divorced when he was just 9 years. In 1970, Sylvester Stallone was introduced in the softcore pornography feature film ‘The Party at Kitty and Stud’s where he was paid $200 for 2 days’ work. He did the film when he lost all his hope after being expelled from his apartment as he couldn’t afford to pay a proper rent.

At a point of time, he ran out of money and things had gone from bad to worse that he even ended up homeless. Yes, you read that right! He alone slept at the New York bus station for 3 days. He also couldn’t afford food for a living.

He came to a point when he attempted to sell his dog at the liquor store to any stranger not because he wanted money but he didn’t have money to feed the dog anymore. So, he sold the dog for a modest $25 only. Sylvester says, he was heartbroken and walked away crying.

2 weeks later, he saw a boxing match between Mohammed Ali and Chuck Wepner and that epic match gave him the much-needed boost to write the script for the famous movie, ROCKY. He followed his imagination and wrote the script for 20 hours. He had so much belief in him after writing the script that he tried to sell it. Then opportunity knocked on his door as he got the offer of $125,000 for the spectacular script.

But Sylvester wanted to be the ‘prime actor’, in the movie as Rocky himself. But the studio quickly disagreed and said they wanted a real star. Then infamous comments started to creep in as they said he “Looked funny and talked funny”. Sylvester left the place with his script.

A couple of weeks later, the studio chipped in with an offer of $250,000 for the script. But Sylvester refused. Then they even offered $350,000. He still denied. The studio was very particular about making his movie, but not him as a ‘main star’. He again said ‘No’. He had to be featured in that movie.

After some time, the studio agreed to his terms and offered him $35,000 for the script and allowed him to feature as a ‘real star’ in that movie. The movie drew attention to people all over the world as it was liked by many.

The movie won Best Picture, Best Directing and Best Film Editing at the prestigious Oscar Awards. For his exceptional acting skills, he was even nominated for ‘Best Actor’ The Movie ‘ROCKY’ was even enlisted into the American National Film Registry as one of the greatest movies of all time.

After earning a whopping amount, the first thing he bought was the dog that he had sold. Yes, Stallone went to the liquor store and was waiting for the man he sold his dog to. Initially, the man refused to give the dog and Stallone offered him $100. 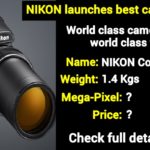 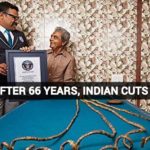