Did you get scolded by your parents or teachers for not cutting your nails in school days? Yes, we all have experienced such scenes in our childhood. When nails grow long, it doesn’t look so good and it gives a bad impression. Well, some people think that growing nails is fancy.

We might think that nails grow only to a certain extent but that’s not true. Meet the man named Sridhar Chillal who never dared to cut even his fingernails for more than 6 decades and in the process, nails grew so much longer which looks scary.

It is calculated that Chillal’s nails have a total length of 909.6 centimetres. His longest single nail is his thumbnail, estimated to be about 197.8 centimetres. He had successfully made it to the Guinness Book of World Records in 2016 for having the ‘Longest Fingernails on a Single Hand Ever’. 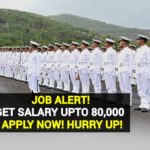