Humans are doing everything to make the planet look from bad to worse. They have already taken the world in a wrong way barring little positives. Because of them, the planet is experiencing a massive change that can cause some serious effect in the later stages to come.

At one end, man is reaping benefits with the technology, natural resources– and at the other end- he is destroying the environment and other life forms which is truly not acceptable at all. Earth is the only planet in the universe that has all life forms. This is why our planet is special as compared to the other planets in the solar system.

Let’s take a look at some facts about Earth:

#2. We all know that gold is one of the most valuable things in today’s world. There is plenty of gold left in the Earth’s core to cover the entire surface of the Earth in 1.5 feet of the dazzling mineral.

#3. Did you know that the name “Earth” comes from old English and old high Germanic words (‘earthe’ and ‘erda’, respectively) that reads “ground” or “soil”.

#4. Earth can be virtually seen as a living breathing organism as it controls the temperature, burns energy and also continually renews its skin just like the living creatures. It experiences as many as changes to its face as the time progresses.

#5. The largest rock on Earth is Mount Augustus which is in the Australian Outback. The rock is so huge that it can be seen from almost 100 miles away and its whopping size is about 2352 feet high.

#6. Humans have explored only 5% of Earth’s oceans and it’s a huge possibility that they might find new creatures in the years to come.

#7. The tallest waterfall on Earth is Angel Falls, which is 3,212 feet high. It is as tall as a 300-storey building. You can imagine how tall the waterfall is now. 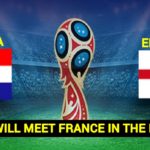 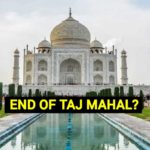