One of the oldest languages in the world, Sanskrit, is on the verge of becoming extinct in India, the country of its origin. People no longer speak this language. Since ancient times, Sanskrit has been an important language in India. It contains great wisdom and knowledge.

Some historians and linguists blame this because Sanskrit is considered as the language of Brahmins. They feel that common people have stopped talking in this language because Brahmins used to speak this language.

Sanskrit is now spoken by less than 1% of Indians and is mostly used by Hindu priests during religious ceremonies. One of the reasons for Sanskrit being limited to a small circle of people was the narrow outlook of pandits. They never allowed the language to reach the common people. So, India today does not have Sanskrit as its first language, like French in Francophone countries and Arabic in West Asia. When a language is not used by common people, it dies a natural death. If Sanskrit is not made popular among Indians, it is likely to become an endangered language in its country of birth.

During debate, K.K. Ragesh (CPI-M) said Sanskrit was known only to a few, then why the government was doing so much for it and not other languages. He said Kendriya Vidyalaya in Kerala didn”t teach Malayalam.

Opposing the Bill, M. Shanmugam (DMK) said the Centre had spent Rs 643 crore on Sanskrit, but only Rs 22 crore on Tamil. Binoy Viswam (CPI) also opposed the Bill and said Sanskrit was never the language of the people.

Supporting the Bill, Subramanian Swamy (BJP) said those who said Sanskrit was a dead language were themselves intellectually dead. He said that NASA was using Sanskrit language to be used by robots as the language of artificial intelligence. To confirm this information he said one only needs to type Sanskrit and NASA in Google. He also spoke about a school in London where Sanskrit was being taught compulsorily because it helped sharpen the brains of students.

Attacking Opposition, Swamy said Congress leaders should learn Sanskrit shlokas to improve their brains. Around 40 per cent of words in Tamil and Sanskrit were common, he added. 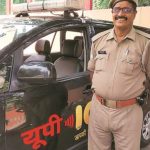 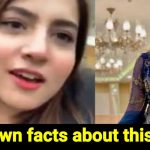