Harmanpreet Kaur landed herself in the soup as Deputy Superintendent of Police by Punjab Police over graduation degree that eventually turned out to be a fake. Many people thought that she would prove to be ‘successful’ in Police colours just like she donned the Indian colours but things ended in the worst way for India’s T20I captain.

In a recent update, Harmanpreet Kaur is likely to be downgraded to constable post as her educational qualification now gets reduced to Class XII pass, the decision was taken by the home department. Punjab Police decided to start any legal proceedings against Harmanpreet Kaur.

Harmanpreet Kaur who is an Arjuna Awardee was previously an employee of the Indian Railways. She called it quits from the Railways job to join Deputy Superintendent of Police (DSP) in the Punjab police force in March this year.

The report further added, Harmanpreet, hailing from Punjab’s Moga area, had placed her graduation degree allegedly conferred upon her by Chaudhary Charan Singh University in Meerut. However, on police verification, the degree turned out to be ‘fake’. Shockingly, the university refused having had her as a ‘student’.

Confirming the issue, DGP (administration) MK Tiwari said, “Harmanpreet had produced the graduation degree conferred on her purportedly by the Chaudhary Charan Singh University, Meerut. When the commandant of the Punjab Armed Police in Jalandhar sent the degree for verification, the Meerut University replied that this registration number does not exist.”

On the contrary, Harmanpreet’s family has denied the allegations looming around. “She did her schooling from Moga and was then selected in the Indian cricket team. She completed her remaining studies from Delhi and Meerut. She was provided a job by the Indian Railways on the basis of the same documents,” Harmanpreet’s father Harminder Singh told news18.

Similarly, in February this year, Commonwealth Games gold medallist Mandeep Kaur was also terminated from DSP’s post after her graduation degree was later found to be fake. 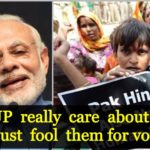 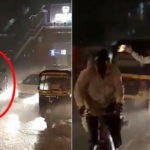