As Regional Passport Officer (RPO) Piyush Verma issued a passport to Tanvi Anas – the lady who mentioned wrong details in her application and had subsequently played the ‘muslim card’, even after an ‘adverse’ report submitted by the police, people on social media especially Twitter, are questioning minister Sushma Swaraj’s decisions. Many of these people are known to support the Bharatiya Janata Party (BJP) and Prime Minister Narendra Modi.

In fact, many of them have verified accounts and are followed by BJP leaders including PM Modi himself. But, when the news of rules to obtain passport being eased, and passport officer Vikas Mishra – who had rightfully questioned Tanvi Anas, getting transferred poured in, people objected to it. Though some people abused Sushma Swaraj, which was absolutely wrong, even those who asked valid questions got labelled as ‘trolls’ by her and the mainstream media.

Earlier, Sushma Swaraj in her tweet on 24th June claimed that she was out of the country, which made people believe that the matter of Tanvi Anas was not in her knowledge. However, the recent events suggest that all decisions were taken with her approval. Sources within party’s online supporters claimed that they were disappointed, as muslim appeasement was one of the primary reasons, why people had voted the Congress out in 2014.

On 2nd June, when Sonam Mahajan (@AsYouNotWish) – a popular twitter user, vocal supporter of PM Modi, and panelist in debates on various TV news channels, questioned the RPO’s decision, and asked Sushma Swaraj about the same, she got blocked by the minister. This has made party’s supporters on social media, wary of her. Sources within them, claim that the minister is doing this, to make PM Modi ‘unpopular’ and manage a ‘coup’ within the party.

They claim that she has always had prime ministerial ‘ambitions’, and cite the episode in 2013, when she had stated that Modi should not be declared the PM candidate. It was interpreted as her loyalty towards veteran leader Lal Krishna Advani’s faction within the party, that wanted him as PM. They say that everyone thought, everything became fine after she was made the Foreign Minister in the Modi cabinet. However, they now feel they might’ve been wrong.

They say that by changing rules to give passport to a muslim woman, she wants to present herself as a pro-muslim leader, as opposed to how PM Modi is perceived by the community. As she got support from Congress, Mamata Banerjee and journalists ‘perceived’ as anti-BJP on Twitter, they’re reminding her how she was ‘hounded’ by them, when Lalit Modi flew out of the country. Back then, party’s supporters on social media, had firmly stood behind her.

They are now saddened and shocked to see her attitude, her labelling them as ‘trolls’, and blocking them. Many of them who do not wish to be named, have confessed that they feel insulted and cheated by this behavior of Sushma Swaraj. They claim that taking its supporters for granted might hurt the party’s electoral prospects in 2019. However, they say that they’d continue to support PM Modi. 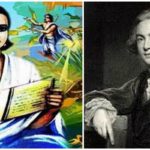 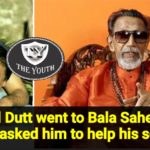