The murder case of Shailaja Dwivedi has taken a new turn now. Major Handa, who is the culprit, is currently under police custody and has now given a different statement that makes this case even murkier. However, Major Nikhil Handa has accepted his crime and will be punished accordingly.

During the investigation, Delhi Police has found out that Major Amit knew about his wife’s affair with Major Handa and had also given her the warning to end it all. She was in fact caught red-handed in a compromising position by her husband Major Amit during a video call that she made to Major Handa.

Major Handa and Major Amit where both posted at Dimapur in Nagaland but Major Amit was recently transferred to Delhi. He had warned his wife to end all ties with Handa and she had agreed on doing the same.

Handa was angry with the fact that Shailaja had stopped talking to him and was bringing their relationship to an end hence he decided to avenge her by murdering her brutally. He tracked her daily schedule and found out that she would visit the Army Hospital for physiotherapy sessions and that’s when he decided to bring his ruthless plan into action.

The police found two swiss knives with Handa during the investigation and not just stabbing her, he also ran her over by his car twice to ensure her death.
This gruesome act was a result of Handa and Shailaja’s affair that destroyed not just their lives but also the lives of their family members.

What do you have to say about this gruesome murder? Share your thoughts with us in the comment section below. 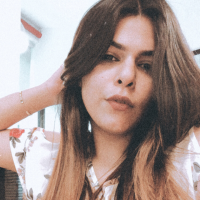 India wins 6 gold medals in cycling, but nobody praised it- let’s share this maximum

For 3 years, an angry Rishi Kapoor did not talk to Amitabh Bacchan, finally revealed