Traffic Police officers are one of the major reasons why people are free from danger while carrying on a road trip. They are people’s friend when the rules are being obeyed. It is not so easy to do this stressful job because traffic policemen stand under the scorching sun to guide people follow the traffic rules so that things are smooth.

Recently, a police officer was highly praised for his immense generosity for guiding an old man when he was struggling to cross the road. The video went viral on Chinese social media sites. The elderly man can be seen slowly walking at the zebra crossing, hoping to cross the busy road.

This incident happened in Mianyang, Sichuan province as buzzy pedestrians takes advantage of green signal. As far as the elderly man was concerned, he made it only a little distance until the green light turned to red. But, he had a far more distance to cover up to reach the other side of the road.

Seeing this, the Chinese Cop sprung into action to help him out, only to carry him and drop him to the other side. Hats off to this police officer who had done such an incredible job in guiding the senior to the other end. What’s more pleasing to watch is the fact that the vehicles were standstill and patiently waited for the old man to get to the other end. 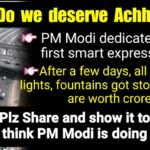