India all-rounder Hardik Pandya hogged the limelight when he occupied the 32nd spot in the recently released list of Forbes’100 most rich celebrities in India. In fact, he is way ahead of big names like Karan Johar and Shahid Kapoor. As per Forbes, Pandya earned a massive fortune of Rs 24.87 crores in the year 2019.

It is well-known that the Board of Control for Cricket in India (BCCI) is the richest cricket body in the world. Even if a player is in grade C, he would be paid a sum total of 1 crore Rupees. Hardik, who was placed in grade B contract last year had earned Rs 3 crore from BCCI.

The big-hitting all-rounder Hardik Pandya, who was part of the Mumbai Indians franchise, was retained by the franchise in 2019 for a whopping amount of 11 crore rupees. He was initially bought for just 10 lakh rupees in 2015 and then he enjoyed an instant increase in income in just 5 years.

There is no surprise that Hardik Pandya is successful with the Indian team as well as IPL franchise Mumbai Indians. With great success, fame follows you around like a shadow and Hardik Pandya has a huge share of endorsements.

He recently endorsed brands like HalaPlay, Gulf Oil, Star Sports, Zaggle, Sin Denim, D:FY, Boat, and Oppo. Pandya also had a deal with iconic Gillette but was stripped of it after his controversial appearance on the infamous episode of the show Koffee with Karan.

Pandya earned a staggering Rs 14 crore from lucrative cricketing contracts and could manage to get the remaining 11 crores of his near 25 crores earning by brand endorsements and event appearances.

With massive earning, it would be quite interesting to see how Pandya used this hard-earned money.

Hardik Pandya has a liking to ornaments like gold and other jewellery. It should be noted that a white gold chain or a diamond-studded watch is quite a common feature in Hardik Pandya’s appearance. He flaunts a variety of clothing by international brands like Versace, Louis Vuitton, Balmain Paris, Hermes and the likes.

Just like every other sportsman, Hardik Pandya has a strong liking for cars. Hardik usually prefers a four-wheeler where he owns an iconic collection of Land Rover, Range Rover Vogue, and Mercedes AMG G63 SUV is the highlight of his house in Baroda. He also has a temporary apartment in Mumbai. The Mercedes is powered by a 4.0-liter bi-turbo V8 petrol engine which is priced at Rs. 2.19 crore.

The Pandya brothers – Hardik Pandya and Krunal Pandya came from a middle-class family and after touching the pinnacle of success in cricket, they are living a lavish lifestyle.

Once they started to earn money, the brothers built a house which is a massive 6,000 square feet penthouse in his hometown of Vadodara, Gujarat. This is where the Pandya family lives now.

Hardik Pandya and his brother Krunal Pandya did their bit by donating a handsome amount to charity. Directed by the Board of Control for Cricket in India, the Pandya brothers were forced to donate a sum of Rs 20 lakhs to charity, after the Koffee with Karan controversy. 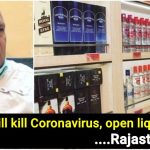