They say that ‘All Is Fair In Love And War’ and this Muslim man from Karnataka this statement quite literally. It is okay to sometimes go out of limits for love but cheating your partner is never an option. It is ethically wrong to bring someone in your life on the basis of a lie and this Muslim man certainly paid the price for it.

This Muslim man faked his identity and married an innocent Hindu lady from Kumpala, Karnataka. The woman and her family had absolutely no idea about this man’s real identity because he presented himself as Arun Poojary.

The family was convinced that this man is from the same religion and decided to get their daughter married to him and it was only after the wedding that the woman discovered that her husband was actually not who he claimed to be.

It was natural for her to get furious and she resorted to violent measures to express her anger. A video of her hitting the man has gone viral and what is even more shocking is that despite being beaten by this lady, the man is seen asking about what has he done wrong.

We are not against the fact that two people from different communities should not get married but the fact that this Muslim man hid his real identity is what we believe is unethical. The same would not have been a crime if the family of the girl knew who the man was and would have agreed to the marriage on mutual consent.

The man received what he deserved and it is completely wrong on moral grounds to keep a person in dark about his original identity.

We would like to know what the Youth of the country feels about this. Feel free to share your opinions on the incident in the comment section! 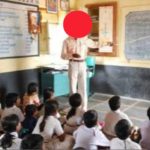 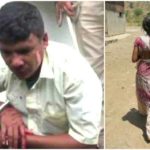