The Congress party of India is going through a real tough time. Doubtlessly, concerns amongst both party leaders and supporters are palpable after veteran congress leader and the erstwhile president of India- Pranab Mukherjee- addresses the recruits of the Rashtriya Swayamsevak sangh (RSS). President Mukherjee addressed a gathering of RSS recruits at the head-quarter in Nagpur on June 7.  Pranab Mukherjee is one among senior most leaders in congress, who started his political career back in 1969 when the then Prime Minister of India, Indira Gandhi, helped me get a Rajya Sabha seat. He is considered a revered figure across the political spectrum.

No matter how much congress representatives shrug off, the shockwave has shaken the party even since they heard the buzzing news of their leader’s giving a nod to the RSS chief Mohan Bhagwat’s invite. Some of them even pleaded with Mukherjee to withdraw his acceptance, but the appeal was not heard. Later a congress leader sarcastically made fun of the tall leader saying he was energetic so he was visiting the Nagpur headquarter in June when temperature goes up to 50°c.

Congress may be keeping distance with the RSS today as the BJP in power, but history shows that congress has made attempts to maintain amiable tie with the Sangh. Let us talk, in particular, of the 1963 republic parade where 3,000 RSS activists were invited to participate by the congress architect Pt Jawahar Lal Nehru. Before that let us understand the

1962 Sino- India is often termed as ‘stupidity of Nehru’. The then Prime Minister of India, Pt Jawaharlal Nehru, adopted a very bizarre policy towards China. The policy was virtually like imposing unnecessary friendship on China. When China had indicated, on many occasions, that it did not wish to maintain any cordial relations with India; there was no need for PM Nehru to continue the very approach towards the dragon.

By 1954, China was isolated by almost all European countries but Pt Nehru strove to stand by its side in the hours of need. Additionally, when China was not invited to a peace treaty with Japan, India did not attend the conference to boost ties with the Chinese. In the same years, the Indian PM acknowledged the illegal Chinese rule in Tibet and coined a slogan Hindi-Chini Bhai Bhai in an attempt to affectionately connect the two civilizations.

On the other hand, China had suggested that India was an enemy to them. It claimed that India was working to uproot Chinese rule in Tibet. China termed the 14th Dalai Lama ‘terrorist’. When the Buddhist monk escaped to India as a refugee, he took shelter here. This is seen as a reason why China inflicted a war upon India.

Despite all indications of China turning against, Indian PM never bothered to equip his national army. Many hold the opinion that the imprudent policy for China cruised India to unbearable causalities. We did not just lose a big chunk of land to China, but also a number of brave soldiers. As per a report, 1383 Indian soldiers died, 1047 wounded, 1696 went missing and 3968 were captured by China.

Contributions of the RSS

The RSS was founded by Keshav Baliram Hegde in 1925. He was part of Anushilan Samiti, which fought for freedom of the country in 1907 in Bengal. Later on, Hegde joined the congress along with Bal Gangadhar Tilak from the right wing. He remained Nagpur Congress secretary till 1922 and then resigned. It can also be said that Sangh was brought into existence by a congress man.

In 1962 war, over 3,500 RSS workers marched towards the Indo-China borders in uniform. Some of them picked up guns to fight Chinese soldiers, while others helped the troops who were fighting. Many Swayamsevaks martyred during the war for the nation. This was the contribution of the RSS that was recognized by the then prime minister of India- Pt Nehru– who initially imposed a ban on the organization and lifted in 1963.

Pt Nehru invited 3,000 RSS activists to 1963 Republic day Parade and he even said that RSS workers were ‘real patriotic’. 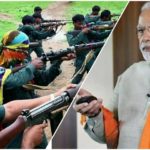