When a 55-year-old pilgrim unexpectedly had a mild heart attack, Uttarakhand policeman came to the rescue and carried the victim on his back to run nearly two kilometres uphill in a bid to admit him to the hospital. The police made sure that the pilgrim received timely medication. The cop is identified as sub inspector Lokendra Bahuguna who displayed stellar heroics to save Ranjhi Rajag’s life.

It is learnt that the family members made an effort to make Rajag sit on horseback to carry him to the nearest hospital but he found it difficult to sit properly because of his critical condition. Rajag was lucky enough that the cop came at the right time only to carry him on his back to the Yamunotri seasonal hospital. The cop who did his duty reinstated our faith in humanity.

Barkot Police Station in-charge Vinod Thapliyal said that Rajag’s family was upset when the 55-year-old pilgrim from Madhya Pradesh became unconscious near the Bhairo Mandir after his arrival at the Yamunotri shrine in the Garhwal Himalayas on Wednesday morning.

“With Rajag on his back, the sub inspector walked two kilometers uphill to the hospital where the pilgrim was treated for four hours before being discharged,” Vinod Thapliyal told PTI.

Doctors at the hospital said Ranjhi experienced a mild heart attack. Credits to Ranjhi Rajag for admitting the victim at the right time. After the timely medical attention, Ranjhi got discharged from the hospital and immediately thanked the police officer. Ranjhi will forever be indebted to the Uttarakhand policeman for saving his life in critial stage. 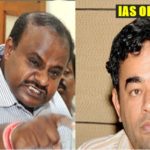