There are many examples of honest civil servants across the nation. Every civil servant has a unique story which makes them extra special. One of the prime examples is Dr. Shrikar Keshav Pardeshi. He is an honest officer in India who kick-started his service from 2001. He is someone who never compromises on any issue related to the welfare of the people.

In short, we can say, he is the man for the society as he leads by example. Dr Shrikar Keshav Pardesi was widely praised for water conservation efforts in drought-hit areas of Maharashtra. He hogged the limelight as the head of Pimpri-Chinchwad Municipal Corporation where he went on a war against real estate mafia.

He single-handedly destroyed 487 unauthorised constructions. Because of his strict actions against corruption, he received many death threats but nothing could stop him. This sums up the essential IAS officer for you.

For being so strict against corruption related activities, he was humiliated and transferred several times by the corrupt previous NCP-Congress Government of Maharashtra. His uncompromising attitude against illegal activities created fear for the then Maharashtra Government. In 2015, he was transferred ahead of the completion of his two-year fixed term contract by Ajit Pawar, who is the former deputy Chief Minister of Maharashtra.

It should give a great sense of accomplishment and a satisfaction for general citizenry of India that the Prime Minister Narendra Modi chose him to work in the PMO. Yes, Shrikar Pardeshi was appointed as the Deputy Secretary at the PMO who has begun his new chapter under PM Modi. He is at the helm of implementations of big projects of five ministries and reports directly to the Prime Minister. This goes to show that he is holding the prime responsibility.

Shrikar Pardesi earned a good reputation for being good to everyone in his circle. He completed his schooling and then he cleared the state medical examination of Maharashtra and took admission in B J Medical College, Pune. While pursuing MBBS, he decided to become an IAS officer to turn the pages of people.

He began his ideal preparations for the civil services exam where he secured a good rank in his first attempt at the UPSC in 2001 and got Maharashtra cadre, in his home state. After getting the posting, he has worked in Maharashtra in several districts. His presence is always a sheer essence to the society as he is known for the knack of bringing all-out transformation.

He was once the CEO of PCMC Pune and IGR Maharashtra state. People who have met him, tell that he is a polite and a great government officer. Also, he is known to have given good suggestions to the students with regards to civil services exams that had impacted the lives of many students. 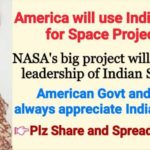