Human beings are the only living creatures on the planet who can make any situation from bad to worse and at the same time, they have all the abilities to transform the worst to best. Coming to the point, only very few states in India are clean and tidy.

If every individual takes sole responsibility to put the waste in the dustbin at the right place and at the right time, then things would look even better in India. Usually, the sweepers clean the road, toilet pit and so on to keep the surroundings free from waste. But have you seen a district collector cleaning the toilet pit? Yes, you read it right.

The District Collector of Medak in Telangana named K Dharma Reddy did not pay much heed to his personal discomfort as he got down into a toilet pit and removed the organic manure with his unprotected hands during a workshop on Sustainability of Open Defecation Free (ODF) campaign organized by the Swachh Bharat Mission in Pune.

The workshop was conducted to show how night soil could be turned into organic manure. The staff then showed the transformation process, after which, the district collector emptied the organic manure from the pit with his bare hands.

Ever since ‘Swach Bharat Abhiyan’ was launched in 2014, every state has been making every possible attempt to clean up the streets, roads and infrastructure of cities of India. Last year, Medak district was declared Open Defecation Free (ODF), making it the 8th district in Telangana to be declared ODF. Telangana now is just a whisker away from becoming an Open Defecation Free State.

As per the report by The Economic Times, till now 11 States have been declared ODF. They are Himachal Pradesh, Chandigarh, Daman, Diu, Arunachal Pradesh, Kerala, Uttarakhand, Haryana, Gujarat, Chhattisgarh and Meghalaya. 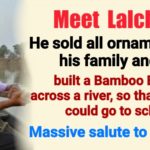 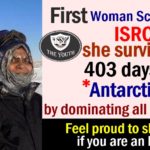