Vallabhbhai Jhaverbhai Patel- popularly known as The Ironman of India, was born on 31 October 1875 in Nadiad, Gujarat in British ruled India. He was a born leader and had aquired all qualities of leadership during his teenage years. It is said that only because of Sardar Patel, India is today united from Kashmir to Kanyakumari- or else we might have a very small and week India. Here are 10 important facts about the great soul. # He was an unwavered nationalist whose two eyes were Jawan and Kishan. He fought for Gujarati peasants against British Raj as well as he was one of the key members in Congress to voice for a strengthened and proactive military.

# He always had strong bond and affection towards Gandhiji and Nehruji personally. But he was bold enough to point out their pacifist flaws in crucial times of decision making.

# He was a fierce critic of Jinnah’s demand for whole of Punjab and Bengal into Pakistan and he led the key charge from the front to block that nightmare possibility.

# At a crucial moment during partition violence he ensured safety to the Delhi Muslims by visiting Nizamuddin Auliya Dargah, established Delhi Emergency Commitee and by strongly requesting the local Hindu community to follow Gandhiji’s ideals of non-violence and not to retaliate like the misguided Pakistani people.

# He opposed the move to go towards UN arbitration to solve Kashmir issue. He stood firm that its accession instrument by Kashmir king was legal and valid.

# He opposed move to give Pakistan 55 crore rupees aid since he held the view that Pakistan will spend most of it on military to annex Kashmir instead of serving poor people there.

# He was a critic of socialist ideals. His views were that society can best evolve with more and more proactive motivational entrepreneurship opportunities rather than state sponsored temporary schemes

# He strongly believed in a nationalistic based “pro-active development assisted” identity for the people of modern India instead of the “casteist and communal identity based appeasement politics” that we currently suffer from.

Venkatakrishnan is a working engineer whose political ideological base is rationalist based on ideals without any direct inclination towards leftist appeasement or reactionary right. He is fond of analysing positives and negatives of different stream of ideologies. 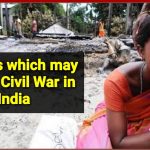 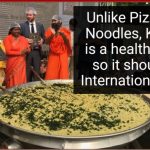