Accidental drowning is one of the most unfortunate ways of dying, especially when you don’t know swimming. Many kids have died due to drowning. They unknowingly drink water causing the vocal chord to shiver. The trouble deepens further if they are underwater for a long time. It only takes close to 4 to 6 minutes for a child to die underwater.

If they are lucky enough, there are chances of survival had they been admitted to the hospital at the right time. It is estimated that over 30 percent children die from drowning in India than anywhere else in the world.

Rema Rajeshwari, Telangana Superintendent of Police is well aware of unintentional drowning cases that have been happening so far. In an attempt to put a full stop to all this, she came up with a brilliant initiative of setting up a team that aims to spread awareness about the safety precautions. The team visits the water bodies in the rural areas in a bid to create awareness.

Since 7 years, she has been doing this activity. Now that she can breathe a sigh of relief as her initiative is getting noticed by now. She and her team get into the scheme of things every summer season as they create and spread awareness about drowning deaths and other cases.

“I have been doing this quietly for about seven years now. It is only now that the initiative is getting noticed. There are two things we do every summer, creating awareness about drowning deaths and sensitising young adults and adolescent girls from running away as soon as the educational institutions are closed for vacation. In the departmental lingo its called as the ‘eloping’ season as many tend to run away, leading to a rising number of missing cases, underage pregnancy, POCSO Act cases etc,” Rema told, as per the reports from The Better India.

“Many of these children don’t stay in the local villages. They study in residential educational institutions in cities (due to the lack of opportunities in villages) like Hyderabad, Kurnool, Vijayawada etc. and come to the village for summer vacations to spend time with their family or grandparents. Since they don’t have many avenues of entertainment, a swim in the nearest water body always seems like a great idea. At most times, the cause of the death is also the fact that many of them don’t know how to swim properly,” says Rema.

“A few weeks ago, I had a meeting where I was instructing my team about the awareness drive and the very next day we had a death. My sub-inspector alongside the rescue team was just about to reach the village but by the time the boy had drowned to death. He was a young boy from Hyderabad and had come to stay with his grandmother for his summer vacations. It was heartbreaking. The incident triggered us to cover every village in the two districts,” adds Rajeshwari.

“Despite the village facing the issue of children drowning to death for many years, the collated data in the last week reveals that many cases go unreported. One of the prime reasons being the post-mortem that follows. Many of these bereaved families’ that do not favour the body being cut up for the post mortem process due to cultural beliefs. And so, the families don’t report these deaths to the police.”

“We are striving to prepare the communities to deal with any such incidents, whether it is drowning deaths or missing girls before they even take place. It makes the community stronger, aware and well-knit. Also at the same time, helps us manage law and order efficiently. It’s part of our collaborative policing to act as a force multiplier,” she says. 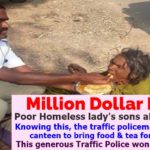