The iconic Bollywood actor, Ajay Devgn, is one of the recognizable celebrities in the annals Bollywood history. He may be strong and determined to his approach and a smart guy on screen but off the field, he is a different person altogether. The fact that he is known for the knack of making hilarious pranks has never been in doubt. But little did he know that one of his pranks would cross the limits and messed up completely that had gone terribly wrong.

In a recent interview with Mid-Day, Ajay revealed that he faced a tough time when his prank put him in the heat of the scrap that brought an unfavorable outcome. Back in the day, one of Ajay’s co-stars got married to a simple girl who is not an actress or model by profession. One fine day, he accompanied his wife during one of the production’s outdoor shoots.

Ajay said that the team used to shoot at night. The actor elaborated further saying that she would meet her hubby in the morning. Ajay showed his other side of the face when he played a prank on her saying that her husband is having an affair with someone else. The prank got a little more serious when he said that her husband goes off somewhere in the night and returns back to the room at 10.30 pm as there are no night shoots.

“We used to shoot at night. She would obviously meet her husband in the mornings. We would keep feeding the wife that her husband is having an affair. And that, in the night, he goes off somewhere. There are no night shoots! I’d tell her that I return to my room at 10.30 [pm],” he said.

The woman already knew that Ajay was good at playing pranks and she would always tell Ajay that she is not worried about it because she completely trusts her husband. But Ajay managed to brainwash her by feeding information time and time again.

Though things happened to be normal for 8 days, it didn’t pan out well on the 9th day. The actor got to know that she had taken pills and was then rushed to the hospital with immediate effect. It is also learnt that she had been fighting with her husband checking with him whether was he up to one’s eyes.

He revealed, “She’d tell me that she’s heard all about [my pranks]. That she trusts her husband. This carried on for eight days. The ninth day, we woke up and learnt that she had actually taken pills, had to be rushed to the hospital. She’d been fighting with her husband over this, throughout, checking with him on what the hell he’d been up to!” Bala Saheb Thackrey was open supporter of Modi, this is what he said in a massive rally

This man quits job at Microsoft, builds Lenskart which has annual revenue of around Rs 500 crore 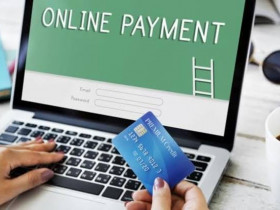 Create a Payment Link for Faster Online Payments, Here’s How