One of the best things that every Indian would dream is to see their nation making a steep bounce in terms of technology. There is nothing in the world that can stop the nation from achieving many great things. Indians always feel a great sense of accomplishment when they are moving forward.

Ever since the launch of Jio, India became a different country altogether in consuming more mobile data. Almost every snippet of data that is being downloaded or uploaded is from Jio these days which goes to show that they are dominating the market with relative ease by giving more offers to attract the customers.

A couple of months ago, Mukesh Ambani gave some insights about the nation’s development that attained a meteoric rise in mobile broadband. “Just one year back, India was ranked 150th in the world for mobile broadband. Now it is number one, after the launch of Jio,” Ambani said at the HT Leadership Summit.

Ambani also continued further saying that India are well prepared for anything when it comes to data. “Today, Indians consume more mobile broadband data than users in USA and China. If data is destiny, new India is well and truly ready for its new tryst with destiny,” he added.

“Thirteen years ago, when I spoke here, India was a $500 billion economy. And I said in 2004, that India would be an $5 trillion economy in twenty years. Today that prediction seems certain. Indeed, it will be achieved well before 2024,” said Ambani.

Ambani stressed the fact that countries get good reputation only by showing vast improvements in technologies. “No country has ever emerged as a global power, without embracing new technologies wholeheartedly… and without using new-generation energy sources widely,” said Ambani.

“The Fourth Industrial Revolution is now upon us. The foundation of this revolution is connectivity, computing, data and artificial intelligence,” he said. 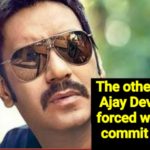