Sri Lanka took a massive step in banning TV channel of Zakir Naik because it was thoroughly involved in infamous terror activities.

Earlier, India and Bangladesh too banned the channel founded by Zakir Naik.

Bangladesh also suspended the channel that featured Zakir Naik’s preachings after media reported that militants who assaulted a Dhaka cafe in 2016 were his admirers.

Who is Zakir Naik?

Zakir Naik is wanted by the National Investigative Agency (NIA) on charges of propagating terrorism. His Islamic Research Foundation organisation was handed a five-year ban.

The NIA on Monday arrested Riyas Aboobacke (alias Abu Dujana) who was known to be the mastermind in carrying out the suicide attacks in Kerala.

The 29-year-old who is a resident of Kerala admitted that he was radicalised a few years ago. Riyas also said he was closely following the speeches of the main accused in the Sri Lanka suicide bombings, Zahran Hashim, for over a year. 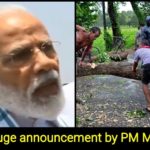 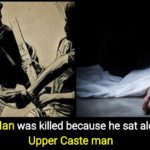