Since the statue of Vladimir Ulanov Lenin, who popularly goes by his last name ‘Lenin’, was razed to the ground on Tuesday in Tripura- where the Election Commission just wrapped up the state assembly elections- fissures have been widening between the Left and the Right wings.

Lenin is an ideal of Leftist politicians and their supporters. His statue pulled down, at Belonia College square of Tripura, allegedly by BJP supporters, has drawn enormous media outrage in the country. Many debates have been held on national television on prime time shows, criticizing the act.

The act of demolishing a statue of any personality is unconstitutional and can never be accepted by a civilized society. Therefore we at TheYouth condemn it.

However, there is a big question, concerning the role of the Indian media, on our mind. How many of these Indian news channels covered the story Amar Jawan memorial being tortured by members of the Muslim Community in Azad Maidan of Mumbai? No media showed this incident.

Amar Jawan is a memorial constructed to commemorate the martyred soldiers who died fighting in war for the nation. Respecting their memorials, where they were buried, is a responsibility of every Indian. But this was tortured ruthlessly and not a single channel, except few, highlighted it.

What has made these journalists shout nonstop for days since the statue of foreign personality Lenin got dismantled? Do they care a foreigner much more than the Amar Jawan which is nothing but reflection of blood our soldiers lost during wars.

Besides, over 15 workers of the RSS have been lynched or killed in Kerala- but no media outrage? While a mere statue is brought down and the media start a massive discussion on national level condemning the act, which illustrates a statue is more precious for them than human lives. We believe it ought to be melancholic in the eyes of all concerned citizens.

They may or may not be supportive of the ideology of the RSS (Rashtriya Swayamsevak Sangh), but ought not to be hypocrite. 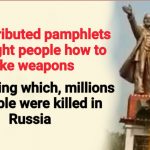 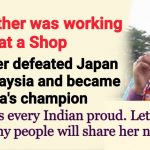