The word Maldives derives from two Indian words namely ‘Maala’ and ‘Deev’. Maala means garland while Deev means island. The Maldives is one of the smallest countries on earth in term of both population and area. It is located at around 2,000km from India in the north and it takes over 3 hours to reach there by air from Mumbai. In the ancient times, the country was inhabited by the Dravidian people but after invasion of Islamic rulers from the 12th century onwards, the Dravidian culture disappeared and the land became fully Islamic.

Speed up time and we come up to 25 July 1965- the day when the Maldives gained independence from the British after the latter signed an agreement with Sultan Ibrahim Nasir Rannabandeyri. The British had established their power in the islands around a century back.

I will attempt to explain the whole scenario of the archipelago in easiest words possible. Just like any democratic country in the world, Maldives too has two major political parties namely Progressive Party of Maldives (the ruling party) and Maldivian Democratic Party (The opposition). The president of Maldives, Abdulla Yameen, is both villain and hero- villain for India, America, Britain and all other western countries while hero for China. Although the whole world is condemning President Yameen who has a track record of violating human rights in the past, nevertheless, China is apparently laying full support to the notorious President for it has high stakes in Maldives.

The ongoing turmoil in the Maldives came after the Supreme Court revoked an order to release opposition leaders who were wrongly accused and jailed by the Abdulla Yameen’s government. Thereafter, president Abdullah imposed emergency in the archipelago and arrested the judge who ordered the release of leaders of opposition. India and other West countries termed it ‘an undemocratic act’ and requested the president to respect the judgment of the apex court.

Amid all this development, the former president of the island nation, Mohamed Nasheed, who is widely credited for introducing democracy in the country, has requested India to send its military force to save his country from dictator Abdulla who is enjoying support from Beijing.

Another reason for India and the West to oppose President Abdulla is his extremist views of Islam- he’s also accused of backing Islamic terrorists in his country. Since, he lets China expand Chinese presence in the Maldives, China has come up in open support of president Abdulla.

Last year China officially launched a military base in the Host of Africa where it has deployed warships to muscle its power overseas, therefore fears are rampant that the communist nation may do the same in Pakistan, Sri Lanka and Maldives,  which will definitely pose a threat to Indian security.

Sources suggest that China wants to avoid another flash-point with India in Maldives as the two countries stood off each other in Doklam, Bhutan. The above statement depicts that China is even ready to engage in a standoff with India in the Maldives, If required. 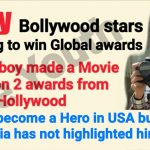 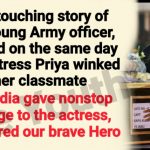