Kapil Kundu deserves more media attention that media has paid. He was barely in the news despite the fact that he sacrificed his life happily for us and our security. He died on border in an attack launched from Pakistani side so that we citizens could remain protected and our country safe.

While, at the age of 22, many youngsters dream to join the Bollywood and become a movie hero, Kapil joined the Indian army, became an officer and died happily for his countrymen. Even revolutionary Bhagat Singh attained martyrdom at the age of 23, but Kapil waved a goodbye to us at just 22. He must be remembered in the future along with other heroes.

Interestingly it was the same day- 5th of February– when an actress, by the name of Priya Prakash Varrier, winked at an actor in a movie and brave Kapil Kundu attained martyrdom. Hardly any news channel ran due headlines on Kapil. Almost all media channels started inviting the actress to their respective studios, one by one, and gave non-stop coverage to her. In fact, these channels and some Facebook pages are still busy feeding us every single datum about the actress.

One must note that it is not the fault of the actress; we are just questioning the role of media in the country.

Let’s talk of brave Kapil Kundu and his valour. The soldier was born on February 10, 1995 at village Radshika in district Pataud, Haryana. He was very intelligent in studies. He could easily have joined private companies and earned more than what he got in the army (in terms of money). How smart he was could easily be figured out with the fact that he secured 178th All India Rank in the highly competitive NDA (National Defence Academy) exam. But, there was something more than just monetary aspect, something which smote Kapil towards the army- it was his deep love for the nation. He became the first boy to be an army officer from his village, on December 10, 2016.

At the time when he laid down his life on duty, he was serving in the 15 Jammu and Kashmir Light Infantry (JAKLI). Along with him, his three soldiers too died in a heavy Pakistani shelling on the LOC on 5th February. Thousands of people flocked to his funeral and everyone got emotional out there after hearing his story. The question every Indian wants to know is- “will India avenge his sacrifice?”, If yes, when?

Leaving him and his mother Sunita Kundu alone, his father Lala Ram Kundu had already passed away in the family. After his death, mother is in a state of shock. 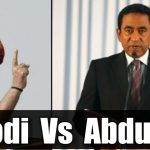