The attention of the whole was successfully drawn to ‘intolerant’ India during Bihar elections by so called our secular leaders. The whole world thought India was an intolerant country. In simple words, our secular politicians resorted to tarnishing the image of the country at global level in an attempt to gain some political mileage. In fact, even Pakistan started to pass comments on tolerance of Indians. We would like to give our readers an insight into the conditions of minorities in Pakistan which will surely blow your mind completely. You can’t help your tears from rolling down, if you just know a bit about the situation that Pakistan’s Hindus, Christians and Sikhs are going through.

Have you ever heard that anyone has kidnapped any woman and converted to Hinduism (the religion practised by the majority) in ‘intolerant’ India? No, not even a single case of such an incident has ever come up in the history of 5 thousand years in India. But in Pakistan, everyday girls from other religions are kidnapped, raped and forcefully converted to Islam. As per Pakistan’s own English newspaper Express Tribune’s report, over 1,000 Hindu girls are forcefully kidnapped to change their religion every year and 250 Sikh and Christian girls.

17 year old Anila Dhawan was recently kidnapped in front of her father and poor father couldn’t do anything but to see his lovely daughter go into hands of kidnappers. Later on, she was raped, converted to Islam and married to a old Muslim man who already had two wives. When the matter reached the police, it was declared that the girl willingly accepted Islam and married to a respected Muslim man and there was no force at all. This was just one in thousand such stories. As per Asianews, an entire Christian family was hacked to death only because they refused to convert their religion.

“The problem of conversion is real. They come in groups and take away our daughters. No one is here to help. We are not against conversions but at least do not touch our 10 year old kids,” Said a Hindu father with tears in eyes.

In almost all countries, the population of minorities is growing up. However, in Pakistan, population of all other religious people is being eliminated with a rapid pace. As per 1951 census, around 23% population was of Hindus but it magically dropped down in no time. According to 1998 census of Pakistan, Hindus reduced to less than 2%. (note: Pakistan hasn’t carried out any census after 1998). 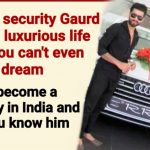