Good news coming from the Indian Space and Research Organisation for all the citizens of this country. India is all set to enter a high speed Internet era, once the communication satellites from ISRO are launched into the orbit.

Speaking to TOI, Isro chairman Kiran Kumar said, “We will launch three communication satellites. GSAT-19 in June and GSAT-11 and GSAT-20 thereafter. GSAT-19 will be launched by GSLVMk III, Isro’s next-generation launch vehicle boosted by an indigenous cryogenic engine that is capable of carrying a four-tonne satellite to the geosynchronous transfer orbit.” he said.

After the revolutionary move by Mukesh Ambani to provide Internet at a more than affordable cost for commoners, India swiftly raked up in the Internet usage rankings, ending as high as second in the list, only behind China. India managed to surpass many big countries like United States of America, United Kingdom, France, Germany etc.

But when it comes to Internet speed, India are lagging way behind many countries mentioned above. This might prove to be a hindrance as having such massive usage at a reasonable slower speed might not be commendable by any means.

“GSAT-11, which is heavier than GSAT-19, will be launched by the year-end and will use 16 beams. It will be able to transfer data at the rate of 13 gigabytes per second. GSAT-20, whose launch is set at the end of 2018, will use 40 beams. Each beam will have two polarisations, which will effectively make them 80 beams. This satellite will have data rate of 60-70 gigabytes/sec,” said Tapan Mishra, director of Ahmedabad-based Space Application Centre, as quoted by Times of India.

Imagine our countries progress once this mission becomes successful. Seems really pretty our future isn’t it? All thanks to Jio and Mr Mukesh Ambani, the number of people who use Internet went up and if ISRO can provide some support, India will go higher and higher in the speed rankings as well. 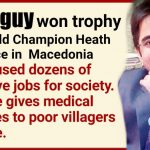