Human brain is one of the most intricate organs known to us. Only because of the very part of our body, humans have conquered the world and looking forward to taking full control over the universe. However, Some individuals such as Einstein, Newton Nikola Tesla etc. get the utmost ability in their brain to do, what the rest of the world cannot think of, and we often call them ‘exceptions’.

One such brain is in the news in Orissa (India) who has stunned the inhabitants of the state. What is the most surprising to us is that he is only a 3 year young chind. We will discuss the reasons as to why he is in the talk today in following paragraphs.

Sai Anish Pattnaik, son of Mrs  Swaroopa and Mr Saroj Kumar, is a 3 year old kid but has stupendous memorising power that even great scholars would experience a wave of jealousy if they come to know about this little brain. In a matter of seconds, Sai Anish can memorise grasses of cars and their names including some features at one go. In a record, he identified 61 different types of cars in just 100 seconds (1 minute and 40 seconds).

His memory strength doesn’t sink here; he also possesses the cognition to identify people’s faces with their name. Once he comes across them, he can picture their physical frames for a long. Sai Anish was made the brand ambassador of the SHEMROCK group- the first and largest play school chain of India.

On this appointment, the Amol Arora- the managing director of the SHEMROCK group said, “It is a proud moment for entire SHEMROCK family and for Sai’s parents. Every child gets the initial guidance from the parents which teachers reforms further later on. His achievements will set up a new benchmark in the minds of all the parents and teachers.”

His name has been placed in many record books of the country such as India’s World Record, Incredible Book of Records, World Records India etc. One simply cannot rule out the possibility that he may soon appear in the global record books as well.

We are providing our readers with his father’s contact number, in case you want to meet or contact this brilliant child personally- +919438040589 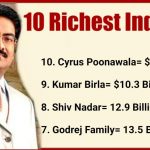 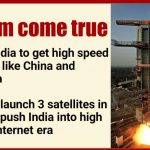